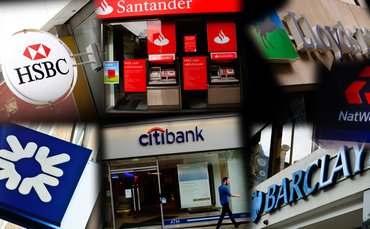 As government mulls RBS sale, is now the time to buy banks?

Since the global financial crisis back in 2007/2008, UK banks have struggled. Whilst the majority of all stock markets have recovered and returned almost 100% for investors over the decade, the banking sector remains in the doldrums. The banking sector fell some 70% in value to the low in March 2009, and has lagged behind. The sector remains 12.73% lower than it was 10 years ago.

Investors have generally not been rewarded by sticking with these unloved banking companies and would have done better if they had invested elsewhere, with the exception of a brave few who may have invested into banking shares at the market bottom and enjoyed a brief but strong bounce.

Nevertheless, the sector has started to see a bit of a turnaround over the past couple of years. Over the last two years, it has outperformed the broader FTSE All Share index by as much as 10%. With the government rumoured to be looking to sell its stake in the Royal Bank of Scotland this week, is now the time to invest?

There are three funds currently have Royal Bank of Scotland (RBS) in their top 10 largest holdings. Jupiter is one manager who also holds Standard Chartered bank, whilst Investec is another to favour RBS along with Barclays and HSBC. The third investment manager is Schroder which has four banks amongst its top 10 allocation holdings being RBS, Standard Chartered, HSBC and Barclays. All three funds are run with a ‘value’ investment strategy. The managers are actively looking for companies that are unloved and cheap but which they believe have more potential than the wider market believes.

The banking sector does still look good value compared with other shares, and, if interest rates go up, it will be a more favourable environment for these banks and share price accordingly. However, with recent economic data having been downgraded, an interest rate rise soon could be postponed. Perhaps looking further a field maybe a better alternative at this time. US banks are perhaps more interesting, as they are already enjoying higher interest rates and there are more interest rate hikes to come.

Three funds investing in US banks

Investment manager, T. Rowe Price is an example of a fund that is seeing opportunities in US banks, with J. P. Morgan Chase & Co amongst its top 10 holdings, whilst Fidelity is another, that favours US Bancorp. Brown Advisory is the third fund manager. The managers of this fund have three banks in the top 10: Charles Schwab Corporation, Wells Fargo and JP Morgan Chase.

Are bonds a better option?

While the number of listed UK banks is relatively small in number, in the fixed income asset class there is far more choice. Each bank will have multiple types of bond in issuance having multiple currency options, with different maturity dates and in different parts of the capital structure. This sector is very popular amongst investors and the allocation to the sector is far higher. For example, Invesco Perpetual holds bonds from Barclays, Lloyds and Santander UK, whilst Rathbones has 31% invested in the sector and holdings include Barlcays and HSBC and also holds Rabobank, the Dutch multinational bank in the Netherlands. Finally, the investment manager, TwentyFour, has just shy of 24% held in bank bonds, with its favourites being the Nationwide and Coventry Building Society