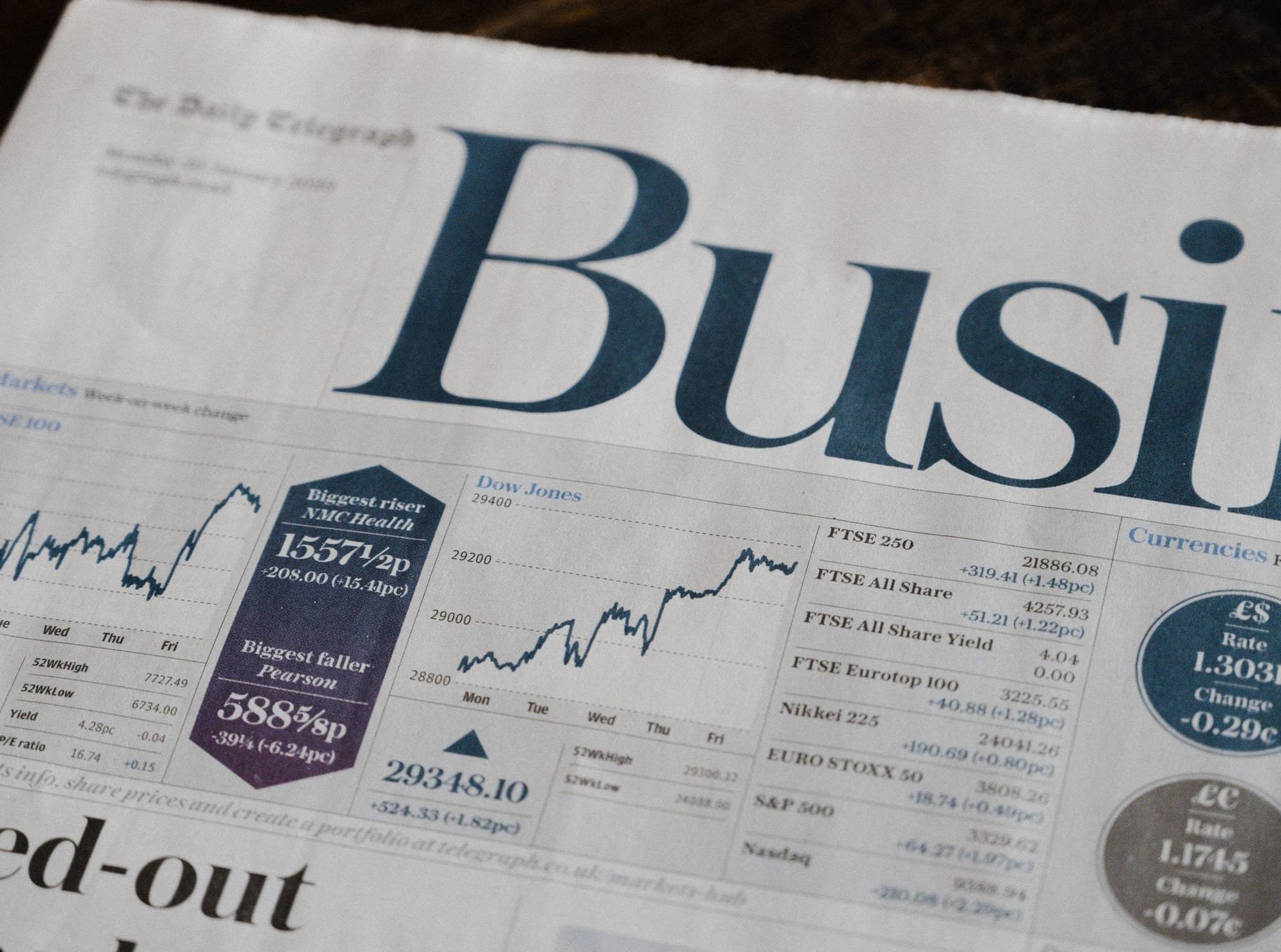 The prospect of a no-deal Brexit crept closer during August and the UK Prime Minister Boris Johnson announced that Parliament would be suspended shortly after MPs return from their summer break until the Queen’s Speech on 14 October. The Supreme Court ruled on Tuesday that the suspension of Parliament was unlawful, and as such, the House of Commons reconvened yesterday, with much acrimonious debate.

The prospect of a no-deal Brexit crept closer during August, whilst in the last few days, it is clear that a no deal exit on 31st October is now looking less likely since Boris Johnson took up residence at Number 10. The events have caused the pound to slide against the US dollar and the euro as investors faced the increasingly remote likelihood that a deal will be reached before the end of October, and further confusion and lack of confidence has been a result of the UK Judiciary's involvement in UK politics and the British constitution for the very first time.

UNITED KINGDOM - Putting politics aside, the UK economy unexpectedly shrank by 0.2% during the second quarter of 2019, posting its first contraction since 2012. However, The UK's GDP grew by 0.3% in July compared with June, according to the Office for National Statistics (ONS). The FTSE 100 Index endured a choppy month, dropping sharply at the start of August and ending the month down by 5%.

UK Prime Minister Boris Johnson spent his first full month in power promising to sock it to Europe and splurge cash on emergency services, the NHS and infrastructure. The wind is blowing toward fiscal spending and investment in infrastructure. So regardless who ends up in No.10 Downing Street, or their political affiliation, most believe fiscal stimulus is coming. That helps us guide our assumptions of economic growth, bond yields and the pound.

A fiscal bonanza would increase inflationary pressures and could mean that the Bank of England stops thinking about cutting interest rates. That injection of cash into infrastructure and public services could be just the boost that stabilises the UK, its people and its economy. UK businesses and households have sort of convinced themselves they are already in recession, even though employment is still at record levels and wages are rising by 4%, the strongest gain since the global financial crisis. We are actually getting gradually more optimistic about the UK – just as long as we can get Brexit out of the way.

EUROPE - In Europe, investor sentiment was undermined by disappointing data from Germany. The German economy shrank during the three months to June, contracting on a quarter-by-quarter basis by 0.1%. Growth was dented by a slowdown in export activity. On an annualised basis, Germany’s economy grew by 0.4%, but exports declined by 0.8%, posting their largest drop in the last six years. Over August as a whole, the Dax Index fell by 2%.

US & CHINA - Relations between the US and China continued to deteriorate during August as US President Donald Trump ramped up trade tensions between the two countries. President Trump increased tariffs on a further US$300 billion-worth of Chinese imports from 10% to 15%; in response, China announced that it would impose additional levies on US$75 billion-worth of US imports into China. China’s currency weakened against the US dollar to its lowest level in over a decade, prompting President Trump to accuse China of manipulating the renminbi in a bid to alleviate the impact of higher US tariffs on Chinese imports – an accusation denied by China’s authorities. The Dow Jones Industrial Average Index fell by 1.7% during August.

JAPAN - Japan’s economy posted its third consecutive quarter of positive growth during the three months to June, expanding at an annualised rate of 1.8%, relieving some of the pressure on the Bank of Japan to introduce further monetary easing measures. Nevertheless, the Nikkei 225 Index fell by 3.8% over the month as nervous investors stoked demand for the yen, leading to concerns over the outlook for Japanese exporters.

HONG KONG - After a turbulent summer, the protests in Hong Kong appear to have come off the boil. There is still unrest in the island nation, but it feels like it’s tapering off after the government capitulated and killed a hated extradition bill. This is good news for investors, it was that rare thing of late: a risk that has lessened rather than gotten worse.

MIDDLE EAST - Civil war has been steadily burning up Yemen for years and years, but in mid-September the flames suddenly surged across the border into Saudi Arabia. About 5% of the world’s oil production was taken offline by – depending who you believe – an enfilade of cruise missiles from Iran or a drone squadron from Yemen. Either way, it appears that wading into the Yemeni war has come back to bite the Saudis.

This was a good reminder that the things that really rock your portfolios tend to be the things no-one saw coming. We benefited from the rapid uplift in oil prices because of steady increases to our commodities over the past year or so. But we cannot claim it as a prescient call on geopolitics! The increase of commodities in portfolios has been for completely different reasons, in particular as protection in case inflation shot higher and as a way of spreading risks beyond stocks and an extremely overvalued bond market. Sometimes you are right for the wrong reasons. For example, portfolios have several oil major companies, such as Shell and Total, which are there as a way of hedging higher oil prices and taking advantage of a pullback in their share prices this year.

As the possibility of recession increases, portfolios have been re-aligned where the disposal of more economically sensitive holdings were taken, and an increase of investments in the US. Research informs us that it is best to consolidate into defensive stocks at this time and the American market tends to be the most defensive stock market in the world.

The majority of our investment management partners are still sticking with equities, as they do not believe a recession is right around the corner, but they all agree that it is definitely closer than it was at the beginning of the year. The economics are positive and we are still on the longest bull run in stock market history, however, the negative to all of this remains the global political situation that hinders the investment performance of portfolios, which has been ongoing for over 18 months. The consequence of this is stock markets have been getting ever more schizophrenic lately. Perhaps manic depressive is the more appropriate diagnosis: the highs are surging flashes of euphoria, the lows so crushing not even light can escape them.

We are not psychiatrists, thankfully for both ourselves and our would-be patients, but markets can act a little like patients on the doctor’s sofa. There is a reason why many investors humanise investment markets – they tend to be as erratic as the people who invest in them! That is the only way you can rationalise one of the sharpest ever slumps in the S&P 500 being followed by one of its swiftest recoveries. We now stand very close to all-time highs for the benchmark US index, despite the US and China being in the midst of a trade war that only seems to escalate. Not just that, but many investors are so worried about the American economy that they believe the Fed will cut interest rates this year, not hike them. Yet US growth has accelerated during Donald Trump’s presidency, with the economy 3.2% larger in the first quarter compared with a year earlier.

There are a lot of unresolved issues floating round the world. Brexit is a big deal to Brits and European politicians, but the rest of the world has likely got bored and switched off. Even European citizens safely ensconced on the Continent are likely to care little for the travails of the UK. They have troubles of their own. Extreme, fractious politics abound both inside member states and across them, and the bloc struggles to grow despite having some of the loosest monetary policy on the planet.

The US-China trade war remains a concern and has the potential to snowball into a true global concern. We still believe it makes sense for the two sides to come to an agreement, but the row has gone on so long and each leader has lost enough face that it could easily degenerate into a tit-for-tat tussle that lasts for years. That would not be great for either side: consumers would pay more at the shops, businesses would sell export less, so there would be fewer jobs than otherwise and probably less investment.

However, it is not all miserable; they are just the risks that hang over what continues to be, on the whole, a resilient and growing global economy. The US and China, despite their disagreements, are still driving global GDP. American consumers are feeling buoyant, according to most surveys, they are getting paid more and there are skills shortages that are pushing up wages across the nation. China is still pulling millions of its people out of poverty each year through the benefits of spreading capitalism across its lands. Japan, often forgotten, continues to reform and deliver relatively good economic growth (albeit recently depressed because of natural disasters).

As has been said before, the world is never perfect. For now, we are confident that the global economy will roll on for some time yet. Our investment management partners will be taking advantage of future knee-jerk market reactions to buy assets that they are happy to hold for many years within their portfolio.