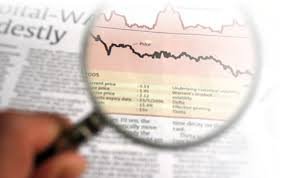 Many are concerned about their invested capital, whilst others are concerned that it is the wrong time to invest into the stock markets. We understand these concerns and address some of the known threats and opinion voiced in the national press.

Whether it is the concept of free trade, trade tariffs, trade barriers, the United Kingdom's access to the European Union marketplace, political risk and more, these are some of the issues that potential investors read in newspapers that are considered major threats looming on the horizon.

For all of the current "bluff and bluster" of the world's political leaders, what matters most for an investor is what is going on in the real economies globally. Are the companies in which you are invested or wanting to invest still prospering and making profits? Is employment being created? And are the prices of goods and services well behaved?

On all three counts, the answer is an emphatic "yes". Corporate earnings and profits remain on the up, led by US companies where earnings are growing by more than 20%, with less than half of this due to President Trump's tax cuts. Elsewhere in other parts of the world, approximately half of European and Japanese companies are exceeding estimates for Quarter 2 earnings. Furthermore, corporate sentiment measures remain optimistic and buoyant despite all of the newspaper headlines, and this is being reflected in capital investment plans and projects by these corporate entities.

Employments is being created, especially in the US and the United Kingdom, where employment figures are reaching historic lows, and look as if they will continue to fall to further lows in coming months. Finally, inflation or conversely deflation does not offer any significant risk or problem. Price stability across the major economies is a success story, despite all of the recent changes in recent years.

Some of the forces behind this may yet generate stresses and strains for investors, but these will be glacial and will not create sudden "market dislocations". Even after the economic policies of interest rate rises in the US and the UK, monetary policy remains accommodative and extremely expansive.

The European and Japanese economies have looked as if they were faltering in recent years, but currently, these economies are having a resurgence in fortunes. At the same time, the US economy is booming where quarterly GDP growth could be over 5% per annum, boosted by the tariff threat and international trade. Altogether, the global economic outlook looks good and healthy.

For sure there are and will be obstacles to circumvent in the coming months. Concerns about China in terms of its slowing economic growth are at the forefront, but even their fiscal and monetary moves have stimulated their economy marginally. In Europe, it is Italy and the United Kingdom that present the most immediate risks, as we all know about Brexit, but more so by the potential of the government in waiting! Nevertheless, these are largely irrelevant economies in the global scheme of things, so if you are worried about these economies and the likely impact of politics affecting these economies, an investor should consider other geographical areas for investment.

Since the financial crisis, we have experienced a "bull" rally in the global equity markets, and it is considered that this may continue. The reason for this optimism is the continued economic expansion and it does not appear to be ending any time soon. As a consequence, one can remain optimistic for equity investment.