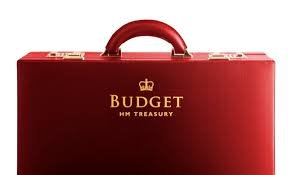 Preparing for the exit – in what is likely to be the penultimate Budget before Brexit, the challenges for the Chancellor, both from a fiscal and political perspective, have moved into sharper focus since the last Budget in March 2017. Noting that negotiations with the EU are in a “critical phase”, Mr Hammond struck a positive tone, speaking of a “world on the brink of technological revolution” with Britain “at the forefront”, whilst acknowledging the “challenges ahead”.

The most eye-catching announcement to abolish stamp duty for the majority of first-time buyers concentrated on the younger demographic, against a backdrop of perceived intergenerational inequity. There were no other major giveaways. Despite expectations, there were also no significant announcements affecting pensions, other routes to long-term saving or tax on inheritances, which will be a relief to many.

National Insurance - As previously announced, the abolition of Class 2 NICs has been delayed to allow time for review and the intended increase in Class 4 NICs will no longer proceed.

Corporation Tax - The indexation allowance on capital gains will be frozen from 1 January 2018. This removes relief for inflation, which is not available elsewhere in the tax system.

Anti-avoidance measures - The bulk of the spending in the Budget was paid for by a swathe of anti-avoidance measures (along with the freeze in indexation for Corporation Tax). The Government will also consult on extending the changes implemented for off-payroll working rules (known as IR35) for the public sector to individuals in the private sector.